This tutorial is the part of the CCNA Study Guide. It explains the following CCNA topic.

Describe the impact of infrastructure components in an enterprise network. 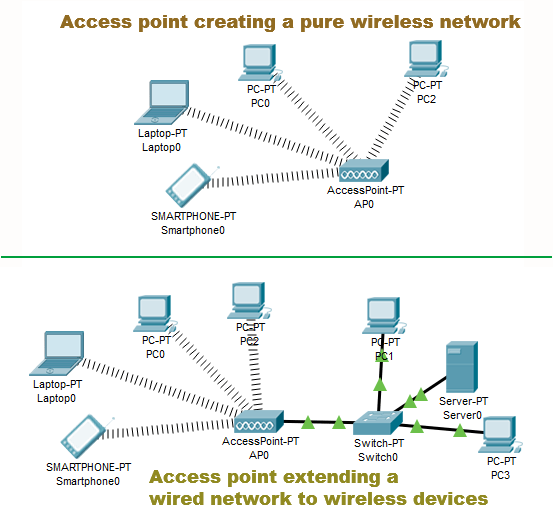 A standalone access point provides the same functionality in wireless network which a switch or hub provides in the wired network. It provides connectivity between the different wireless devices. It accepts frame from the connected device and, based on its physical address, forwards it to the destination device. 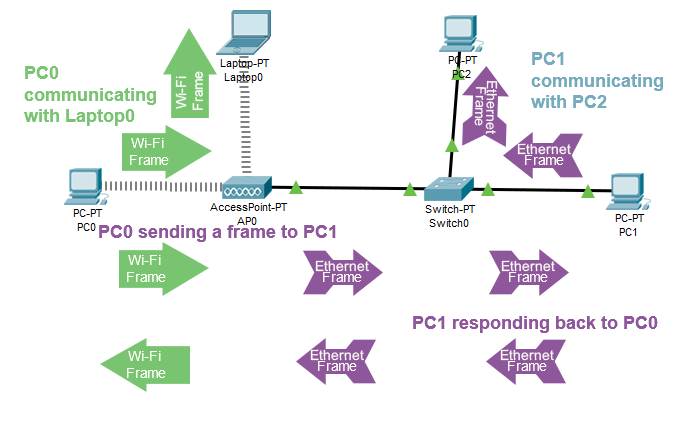 Access point uses radio signals for connectivity. Any device which falls in its signal range can connect with it. This feature makes it more flexible but less secure in comparison with the regular Ethernet switch.

To enhance the security and stop the unauthorized access, the Access point uses authorization feature. Based on the security and the flexibility requirements, it can be configured to allow all users or to the selected users. 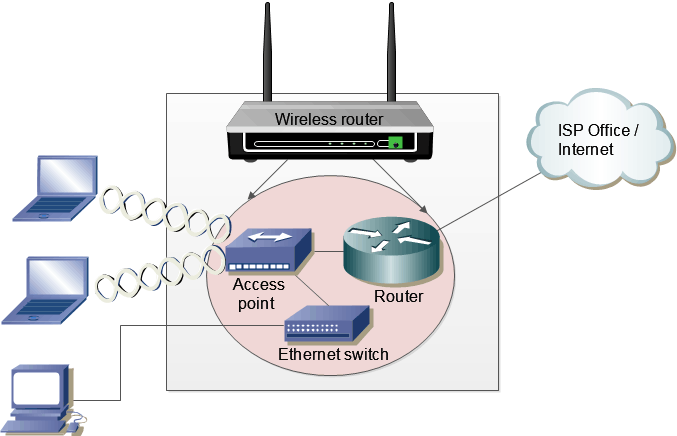 A controlled access point works as the client of the Wireless LAN Controller (WLC). Technically a controlled access point is known as the Lightweight Access Point (LWAP). LWAP doesn’t take any forwarding decision. Upon receiving a frame from the connected device, instead of forwarding it to the destination device, it forwards that frame to the WLC. The WLC, based on the security configuration, makes decision whether the received frame should be forwarded or discarded. If the frame needs to be forwarded, then it sends that frame to that LWAP, to which the destination device is connected. Then that LWAP sends this frame to the destination device.

The WLC – LWAP setup is usually used in the company environment to span a single wireless network in large geographical area. This setup allows users to roam around the office premise, campus or building and stay connected to the network.

In this setup, it doesn’t make any difference which LWAP a user uses to send and receive the frames as long as that LWAP is controlled by the same WLC. Since all forwarding decisions are taken by the WLC, an LWAP does not allow direct communication between the two devices, even if they both are connected with it. 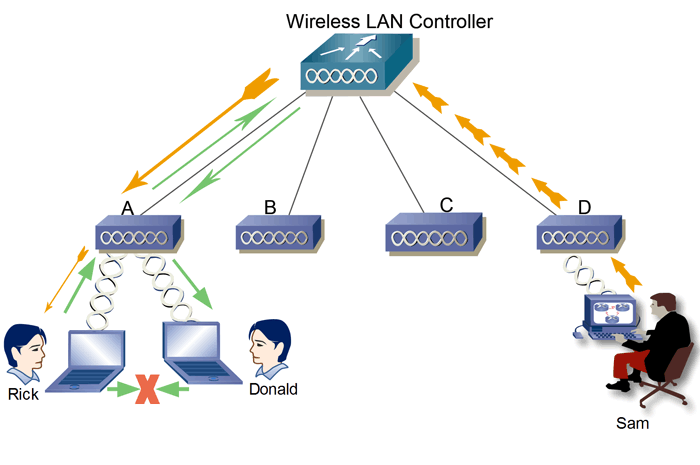 That’s all for this tutorial. If you like this tutorial, please don’t forget the share it friends through your favorite social network.