What is IP routing?

By using the IP protocol, a source host packs data pieces and adds the source address and the destination address on each data piece. A data piece with both addresses (source and destination) is known as the IP packet.

Any router that works on a path that connects the source host to the destination host uses both (source and destination) addresses to find out where the packet came from and where it will go.

Routers use a routing protocol for the following purposes.

To figure out all available paths of the network. A router stores these paths in a table known as the routing table.

RIP, IGRP, EIGRP, and OSPF are examples of routing protocols. 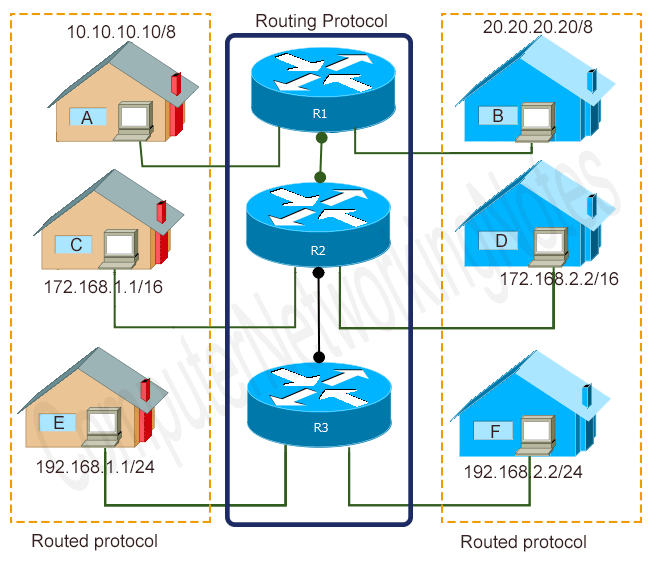 How does IP routing work?

The process of IP routing begins when a host creates a data packet for a host that is located in another network and ends when that destination host receives the packet. To understand this process in detail, let’s take a simple example.

The following image shows the layout of a network. In this network, PC0 and PC1 are connected to PC2 via four routers; R1, R2, R3, and R4. 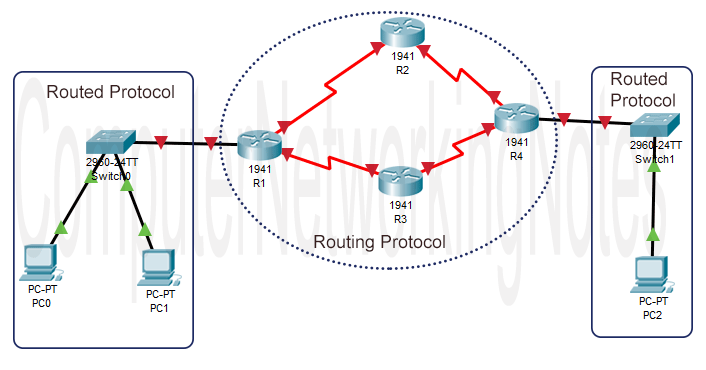 The entire routing process is controlled by the routed (IP) protocols of PC0 and PC1.

Now suppose that the same application wants to send data to PC2. The same process is repeated until the packet forwarding decision is made by the IP protocol. This time, since the destination host (PC2) is located in the remote network (another IP network), the IP protocol sends packets to the default gateway.

A default gateway is an interface of a router that connects the local network with the remote network. By default, an IP protocol forwards all packets to the default gateway except the packets that belong to the local IP network.

If multiple paths to a remote network exist, the router chooses the fastest path from them.

In our example, the default gateway router R1 has two paths to reach to PC2\’s network. When it receives packets for PC2 from PC0, it compares both paths and chooses the fastest path to forward packets. 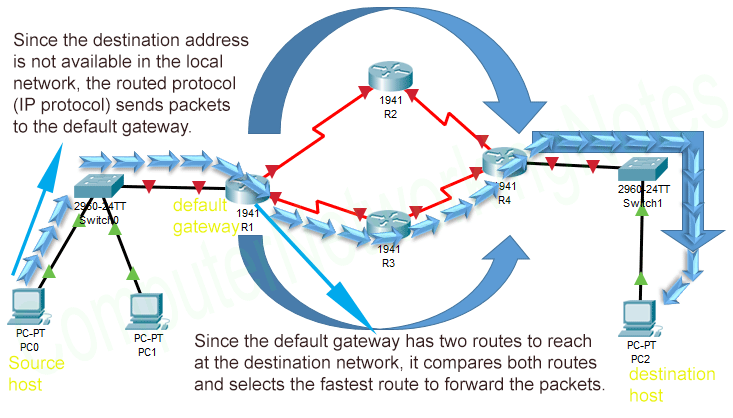 PC2 receives packets from its default gateway router R4. The entire routing process is controlled by both types of protocols; routed and routing protocols.

That’s all for this part. In the next part of this tutorial, I will explain the basic concepts of routing protocols. If you like this tutorial, please don’t forget to share it with friends through your favorite social network.