This tutorial explains how the switch forwards and filters the MAC addresses. Learn how the switch processes incoming frames along with the types of frames which the switch always floods.

To send a large amount of data to other PC in the network, the sender PC breaks the data in several smaller pieces and
packs each piece with the protocol information which the receiver PC needs to reassemble all pieces back into the original data stream.

A switch works in the middle of the network. It connects multiple devices.
It uses MAC addresses of the sender and receiver devices to process the frame.
When a switch receives a frame, it reads the source address of that frame and stores it into a table known as the CAM table.
This process is known as the Learning addresses.

To understand the Learning process in detail, check this tutorial.
How switch learns the MAC address

Forwarding the frames as soon as possible is the main goal of a switch,
and you can bet on it that the switch achieves this goal really very fast.
A switch can start the forwarding process even before pulling the frame completely inside.

To learn more about how quickly a switch starts the frame forwarding process, you can check this tutorial.
Switching methods and types explained

Switches use a relatively simple concept to forward a frame. This concept is the following. 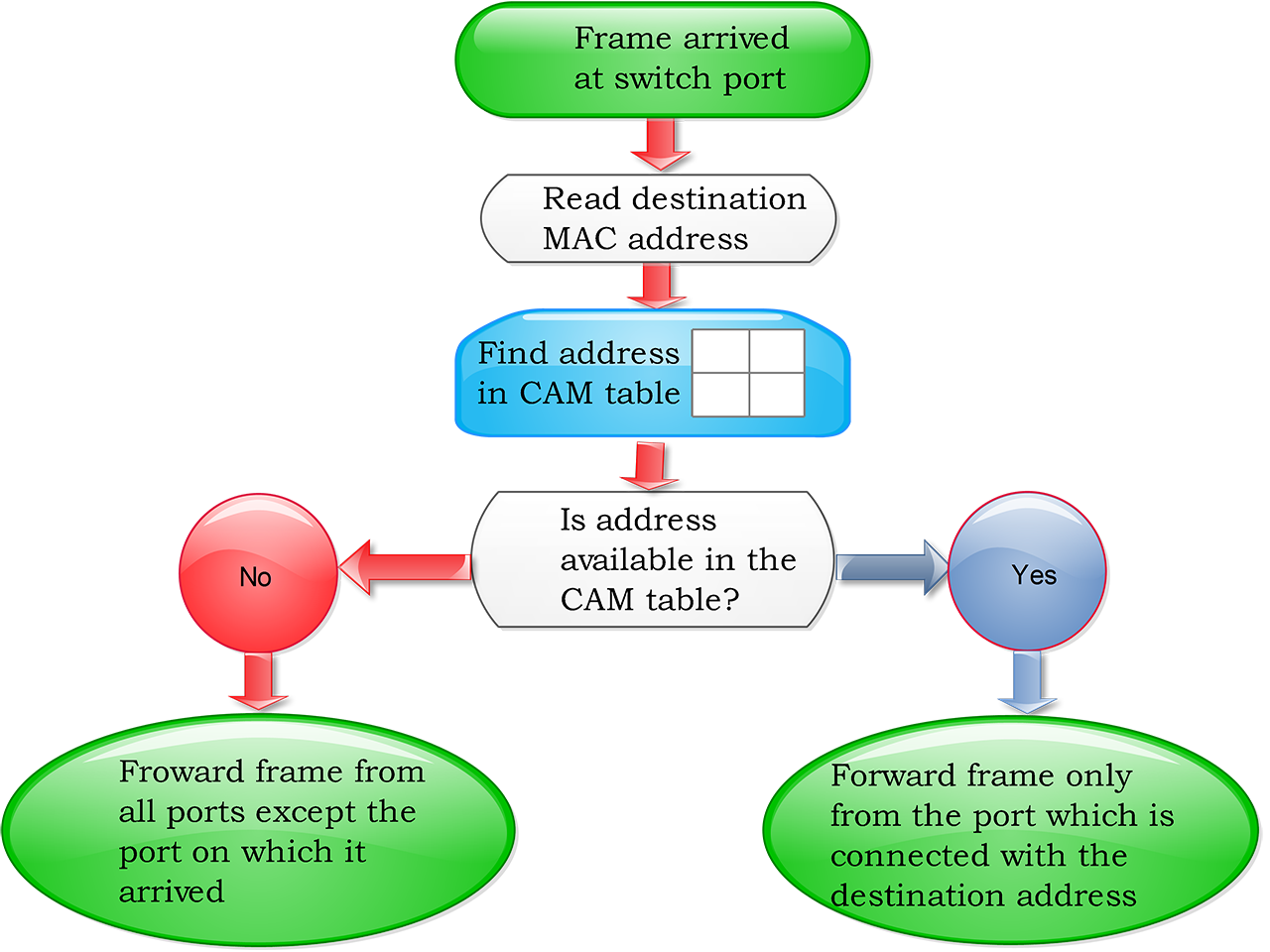 Let’s understand this process in more detail with an example. 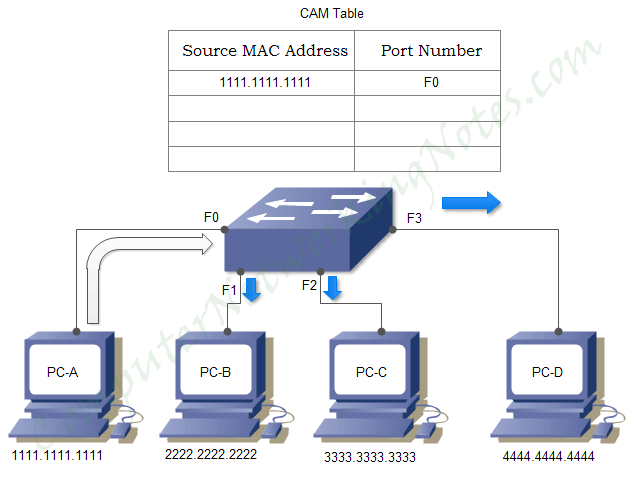 Now suppose, the PC-B responds to the PC-A with its frame. The switch receives this frame on the interface F1. This time, by looking at the CAM table, the switch knows where the PC-A is located. So, instead of flooding the frame out from all ports as it did earlier, this time the switch forwards this frame only from the port (F0) which is connected with the PC-A. Same as earlier, it also saves the MAC address of PC-B in the CAM table. 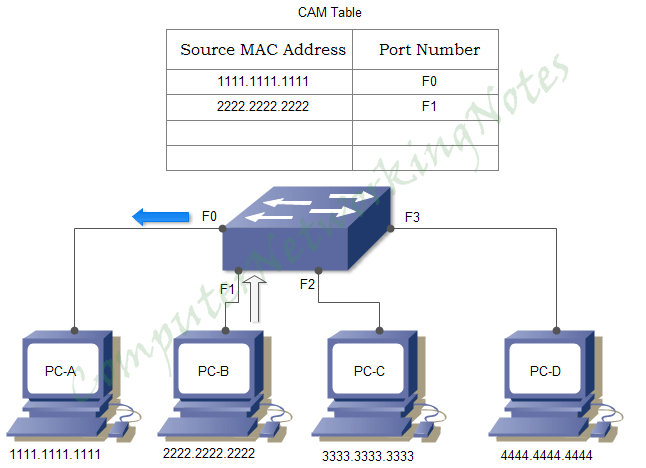 Types of frames which are always flooded through the switch

Switch processes these frames as the following.

In the above example: –

When PC-A sent a frame to PC-B, the destination address (2222.2222.2222) of the frame was unknown to the switch. So, the switch flooded this frame from all ports, except the port (F0) on which it arrived.

Switch floods a unicast frame only if the destination address of the frame is not known to the switch.

Both multicast and broadcast addresses represent more than one device. These addresses are the destination only
addresses and cannot be used as the source address. An end-device uses these addresses only when it wants to send the same frame to a group of devices or all devices of the network.

For example, a network has 50 PCs and one of them wants to send a frame to all PCs. The PC has two choices here; either create 49 (excluding self) unicast frames and sends one to each PC or create a broadcast frame and send it to all. Since the second option is much easier and faster, a PC always uses it.