Linux disk management includes several important tasks such as adding or removing storage devices, creating and deleting partitions, mounting partitions on appropriate directories and making file system in partitions. We will learn how to perform these tasks step by step in this article.

When we power on a computer, the first program which starts is either a BIOS or a UEFI. This is the starting point of computer. It performs a series of diagnostic test to detect and connect CPU, Memory, Keyboard, Hard disks and other peripherals. This process is known as Power on Self-Test (POST). If all peripherals are connected without any issue, BIOS/UEFI will find and execute the boot loader program.

Difference between BIOS and UEFI

This tutorial is the first of our article \”Linux Disk Management Explained in Easy Language with Examples\”. You can read other parts of this tutorial here.

This is the second part of this article. This part explains how to create primary, extended and logical partitions from fdisk command in Linux step by step with examples.

This is the fourth part of this article. This part explains how to create primary, extended, logical and GPT partitions from parted command in Linux step by step with examples. 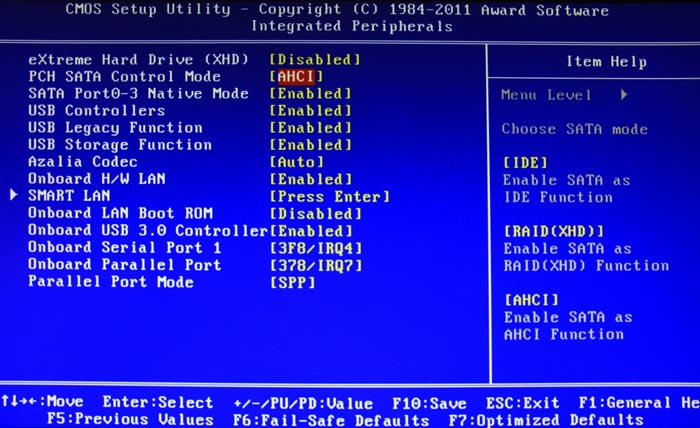 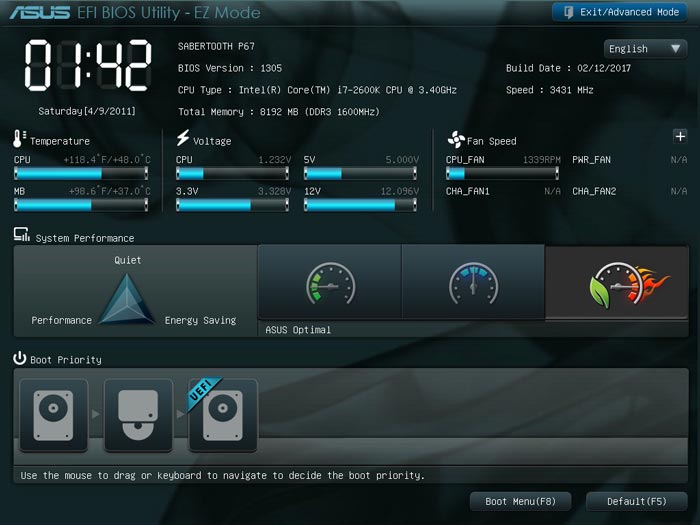 From disk management points of view the important difference between BIOS and UEFI is that BIOS only supports MBR partition scheme while UEFI supports both MBR and GPT partition scheme. There’s no way to switch from BIOS to UEFI on an existing PC. We need to buy new hardware which supports and includes UEFI. Luckily majority of new computers use UEFI instead of traditional BIOS.

This scheme was invented with the invention of personal computer in 1982. This scheme uses first sector of hard disk to store all necessary information which is required to boot the system including boot loader and partition table.

Boot loader is a small script that is used to load the operating system. Partition table is the layout of hard disk.

An extended partition is only used to create the logical partitions. It cannot be used to store the data directly.

This scheme was invented with UEFI standards to meet with the requirement of modern storage devices. In GPT maximum size of a partition is 8 ZiB. GPT allows maximum 128 partitions. GPT uses a 128 bit global unique ID (GUID) to identify the partition. Since GPT provides a lot of partitions (128) and much bigger space in each partition there is no need to divide the partitions in primary, extended and logical partitions.

Difference between MBR and GPT

This is the first Linux file system. It was used in early versions of Linux. It has been removed from RHEL.

This is the second generation of EXT file system. It provides very basic features of file system. It was developed in 1980. It was the default file system before RHEL5. It has been deprecated in RHEL7 and would be removed in next version.

This is third generation of EXT file system. This was the default file system in RHEL5. It includes several enhanced features.

Unless you have any specific reason to use, there is no need to use this file system in RHEL7.

This is fourth generation of EXT file system. This was the default file system in RHEL6.

This file system was developed by Silicon Graphics for their version of UNIX. Later it was adopted by most Linux distributions including RHEL. This is the default file system in RHEL 7. This file system is based on 64-bit extent. It uses journaling for metadata operations. It supports file systems and files of sizes up to 8EiB. The only drawback of this system is that it does not support shrink like EXT3 and EXT4.

This is the enhanced version of legacy FAT file system. It was developed in 1995 for Windows95. Linux does not use this file system for any operation but if require it can read and write files written in this format. This support was added in Linux so a user can exchange data between Linux and Windows using an external device such as USB drive or compact disk.

This is the enhance version of VFAT. This file system is the default file system in Windows system. Just like VFAT, Linux can read and write files written in this format but it does not use this format for its own purpose.

Besides above file systems Linux supports several other file systems but they are out of the scope of this tutorial. I will discuss them in separate tutorial.

Swap space is the special space in hard disk that is used as a temporary memory. This space can be allocated as a separate swap partition, LVM partition or as a file (file is used only to extend the available swap space). Swap space is used only if a shortage of physical memory occurs. In shortage situation system moves recently unused data from memory to swap space. When requires, system moves back this data from swap to memory. This is the convenient way to improve kernel memory usage.

Classical partition scheme is fixed in nature. It means, once created partition size cannot be changed later. We are not allowed to add additional space in a partition which is filled up with data. Same way we cannot shrink a partition which has a lot of unused free space. LVM not only solves this issue but also provides several other advantages over the classical approach. LVM is flexible in nature. We can shrink or grow a partition as per requirement.

RAID is a mechanism to combine multiple disk drives into an array to achieve performance and redundancy. The array of disks will appear as a single logical storage unit or drive in computer. RAID enhances the data access speed and increases data storage capacity using a single virtual disk. There are two types of RAID; software RAID and hardware RAID. Hardware RAID is built from independent hard disks and raid controller device. It does not use any system resource. Software RAID is built from attached hard disks. It uses all resources from system.

I will explain SWAP, LVM and RAID in detail with examples in next parts of this tutorial. For demonstration purpose I have installed a RHEL server in system in VMware workstation. In practice we will add/format/mount/remove partitions. We should not perform these actions on primary disk which contains the operating system and boot partition. For practice we will use two separate disks.

Since we cannot add or remove new hardware devices in running machine, power off the virtual machine. 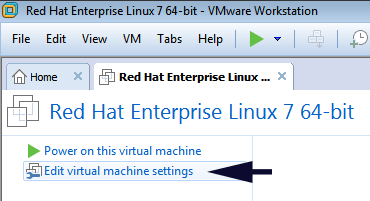 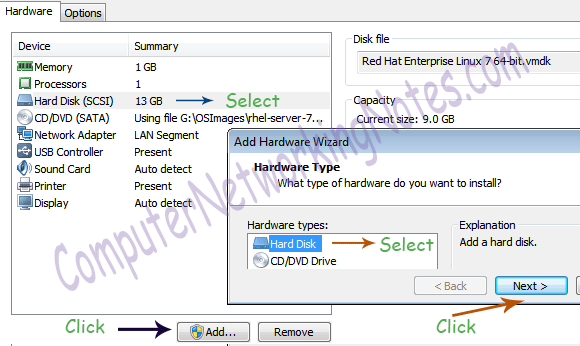 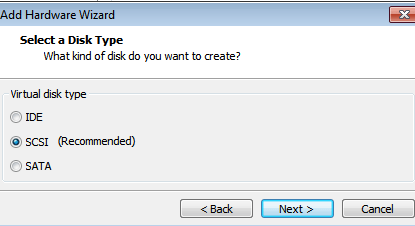 Select Create a new virtual disk and click Next 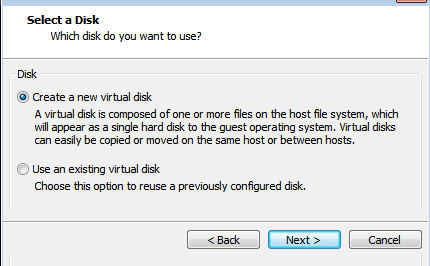 Select Split virtual disk into multiple files and click Next 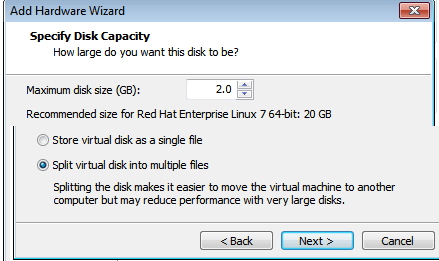 Add another hard disk of 2GB by following same steps.

When you are done, you should see the new hard disks in virtual machine hardware pane.

Now power on the virtual machine 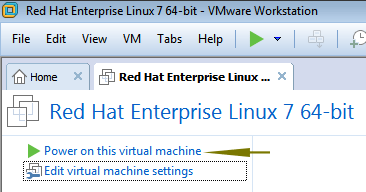 In next part of this tutorial we will use this machine to understand the disk management practically. Before closing this introductory part let’s have a quick look on how storage devices are named in Linux.

That’s all for this part. In next part I will explain how to manage MBR partitions step by step with examples.