Since information is stored in raw text format and by default,
when displaying text, the cat command does not change the format of text,
the output of this command may look messy. To view the properly formatted output, you can use the following two commands.

Following image shows an example of all three commands. 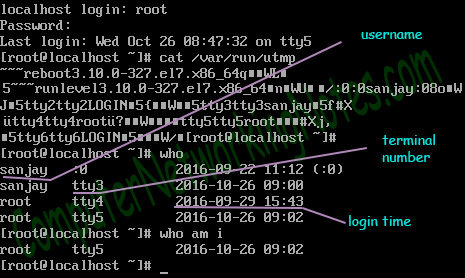 You can read these files directly or can use the following commands.

The last command prints the list of users who had successfully accessed the system.
This command does not tell you what user did after login. It only tells you that which user logged-in at
what time on which terminal and how many time he stayed login.

The lastb command prints the list of failed login attempts. Through this command,
you can know which user account was used with the wrong password to login on which terminal and what time. 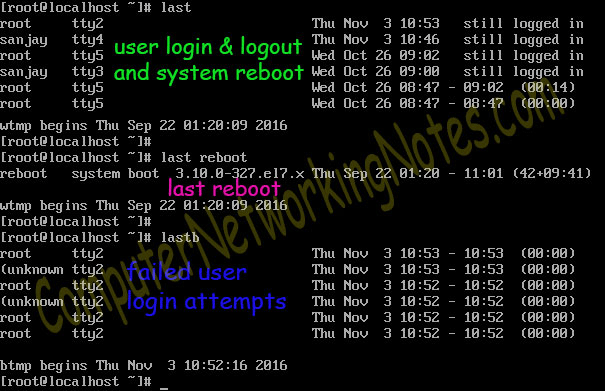 Getting detailed information about active users

If you need more detailed information about active users including what they are doing,
you can use the w command. The w command provides two types of information; System specific and User specific.

Following image shows a practical example of the w command.

To know how long the system has been up, you can use the uptime command. Besides system’s uptime,
it also provides the following information:-

Let’s take a simple example to understand the difference between both commands. Login from a user account and use both
commands to print the username. Both commands will display the same result. 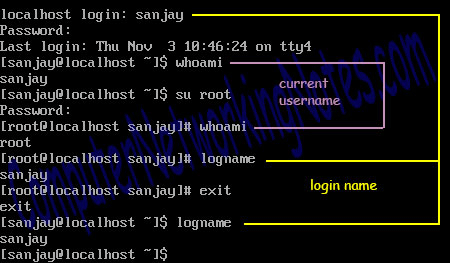 You can use the uname command to view the basic system information such as hostname,
operating system name, hardware platform and kernel information (name, version, built etc.) Without any option,
this command only displays the operating system name. To view other information, you have to use the related option.
Following table lists some common options with description.

Viewing and setting the hostname

The hostnamectl command also allows us to set the hostname.
To change the hostname, use the set-hostname option with this command.

Following image shows how to use both commands practically. 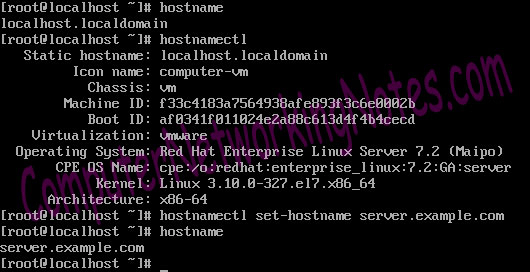 Viewing and setting the date and time

Following image shows an example of the which command.

Counting the lines, words and characters

Viewing all running processes in the system

Once you know the process ID of halted process, use it with the kill command to terminate that process.

To view the real time hardware usage, you can use the top command. The top command displays the real
time usage of hardware resources such as CPU and memory.

Following image displays the use of the top command. 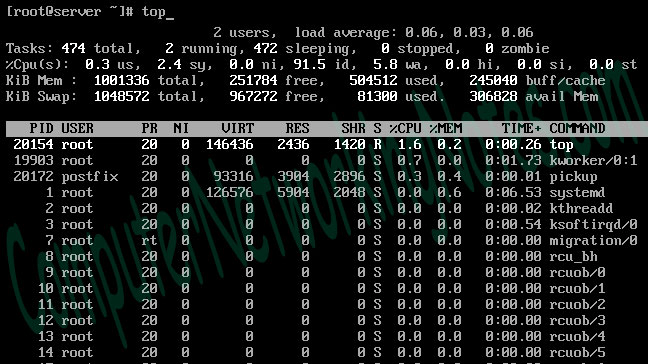 To terminate the command, press the q key.

To get the detailed hardware information, you can use the lspci, lsscsi, lsusb and lscpu commands.

lspci :- This command provides information about the pci buses and their attached devices.

lsscsi :- This command provides information about the scsi devices.

lsusb :- This command displays information about the USB ports and attached devices.

lscpu :- This command displays information about the CPU.

Following image shows all above commands with output. 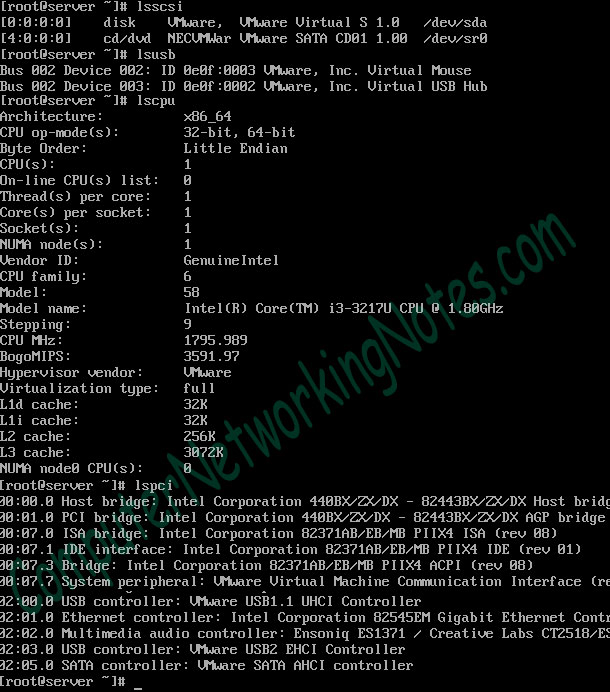 That’s all for this tutorial. If you like this tutorial, please don’t forget to share it friends through you favorite social network.