This tutorial explains the basic and fundamental concepts of the computer networking. Learn the essential networking topics in detail with examples.

Computer networking is one of the most complex subjects. Describing all of its topics requires an encyclopedia. Learning and understanding all these topics at the primary stage are neither required nor recommended. It is just like learning the vocabulary from the dictionary. Unless you know what you need to know, you would not learn what you should learn.

I have already explained the definition, purpose and benefits of the computer networking in the following article.

What is computer networking explained with examples

In this tutorial, I will discuss two essential topics that you should learn at the elementary level. Understanding these topics will set the foundation for the rest of your studies.

Essential components of the computer network

When learning computer networking, this should be your first topic. A computer is built from the four essential components; End devices, Media, Protocols and Networking devices. Let’s understand each of these components. 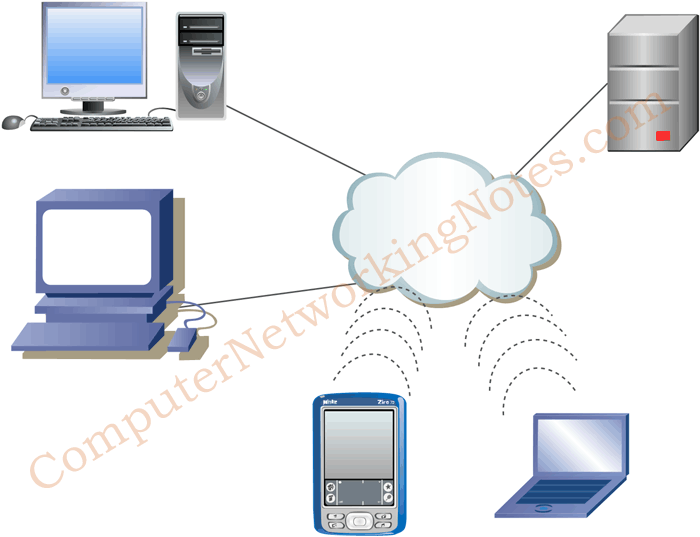 The media provides connectivity between the end devices. Unless end devices are connected through the any kind of media, they cannot exchange the data or service. Mainly there are two types of media; Wireless media and wired media.

In wireless media, radio signals are used to transfer the data between end devices, whereas in wired media, the data is transferred through cables.

Both media types are further classified into several subtypes. Subtypes are categorized based on the various factors such as length, data transfer speed, used metal, frequency band, etc. Subtypes are defined as the media standards. Two common media standards are the Ethernet and the IEEE802.11 or Wi-Fi standards. 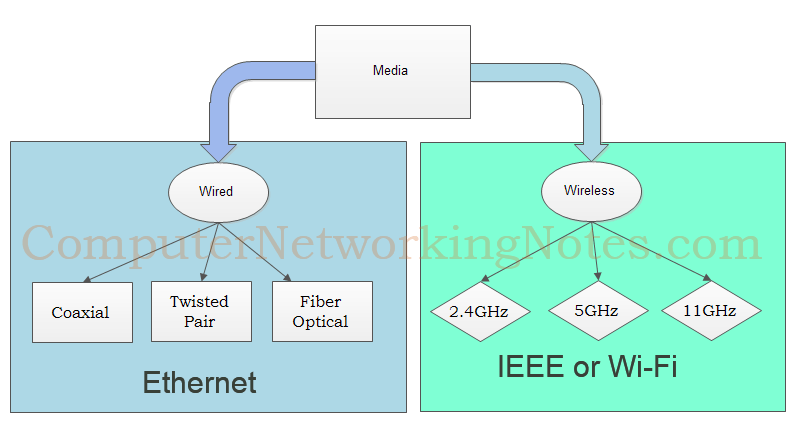 Protocols enable communication between two or more end devices. A protocol is a set of predefined rules that specifies standards for a particular stage or all stages of the communication.

Following are the some common functions performed by the protocols. 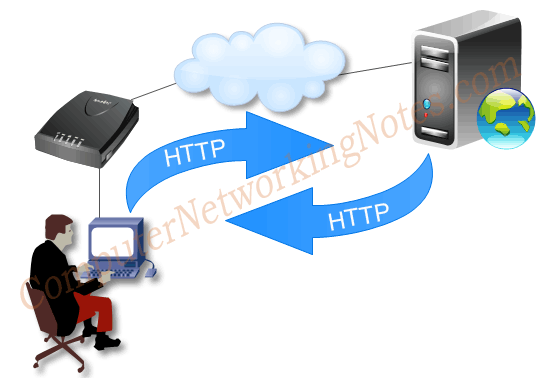 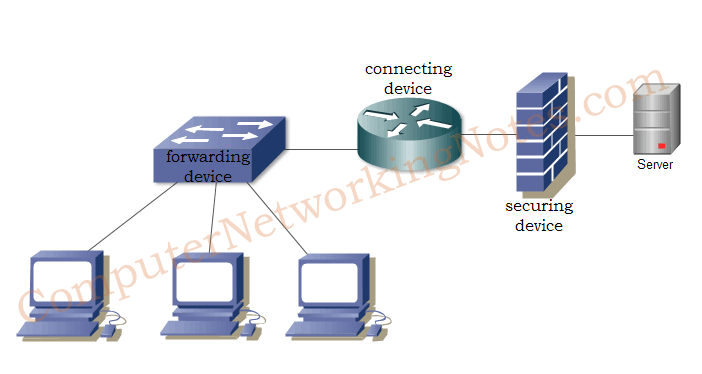 A forwarding device forwards the data. This device usually has multiple ports which are used to connect more than two end devices in a single network. Hub, bridge and Ethernet switch provide this functionality.

A securing device secures the data from unauthorized access. When data packet arrives to it, based on pre-defined rules it performs security checks and takes the forwarding decision. Common devices which provide this functionality are the Firewall and NAT.

Classification of the computer network

Once you learned the essential components of the network, this should be your next topic. Computer networks are mainly categorized based on the geographical location, access types and relationship between end devices.

Based on the geographical location

Based on the relationship between the end devices

To learn the foundation topics introduced above, you can use the following tutorials.

This tutorial explains the seven layers of OSI Reference model.

This tutorial explains five layers of TCP/IP model (Application, Transport, Internet or Network, Data Link and Physical) and their functionality in detail.

This tutorial explains the different types of computer network and their characteristics in easy language.

This tutorial explains the functions of the most common and the essential networking devices in detail with examples.

That’s all for this tutorial. If you like this tutorial, please don’t forget to share it through your favorite social network.