Just like Windows and Linux, the IOS is also an operating system. Cisco developed the IOS primarily for its routers. Gradually, Cisco started using IOS software on its other devices as well. Currently, Cisco uses IOS software to manage multiple devices such as routers, high-end switches, and firewalls.

You can install a new IOS or upgrade an existing IOS in three easy steps.

Although the procedure of installing a new IOS image file or upgrading the existing IOS image file is fairly simple, still you should be very careful when following this procedure on a real Cisco router. A little mistake in this process can cause serious problems. Your router may even stop working.

For practice, instead of using a real router, you should use simulator software such as the Packet Tracer. To download the latest version of the packet tracer, visit the following page.

Setting up a packet tracer LAB for the practice

Open the Packet Tracer and click the \’End Devices\’ icon. Drag a Server and a PC-PT from the end devices and drop them in the workspace. 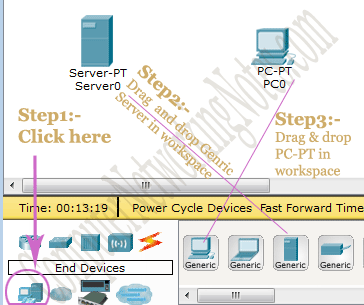 Click the \’Routers\’ icon. Drag an \’1841 series\’ router from the available routers and drop it in the workspace. 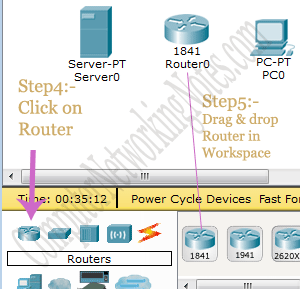 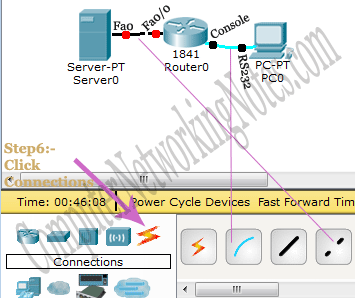 Access the CLI prompt of the Router and assign an IP address to the FastEthernet0/0.

Assign an IP address from the same subnet to the FastEthernet0 interface of the Server. 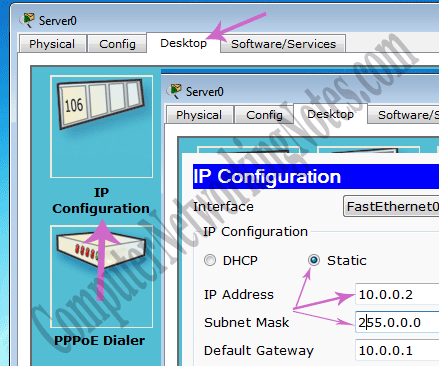 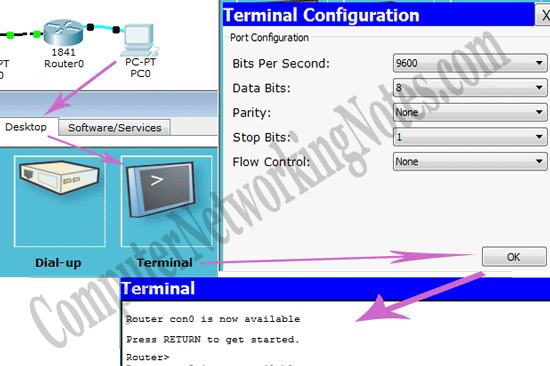 That\’s all the setup we need. Either create this LAB in your packet tracer or download this pre-created LAB and load it on the Packet Tracer.

If you are doing or following this exercise on a real Cisco router, you have to take a few additional steps.

The following table lists these steps and the purpose of each step with a parallel step in the packet tracer.

In other words, during the running state of the router, you can safely delete the existing IOS image file and install a new IOS image file. No matter whether you use a real Cisco router or use the packet tracer, commands for installing and updating Cisco IOS software are the same.

Access the privileged-exec mode of the router and run the \’show version\’ command. From the output, note down the name of the IOS file.

Run the \’show flash\’ command and note down the name of all available IOS image files.

The following image shows the output of both commands. 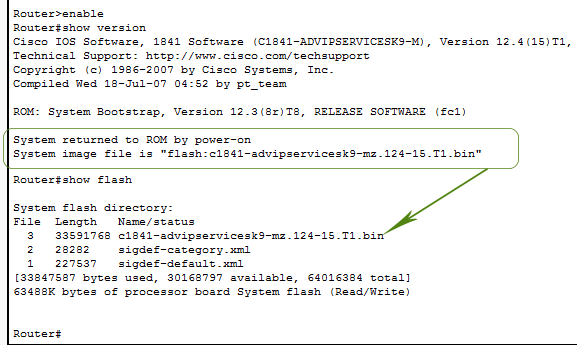 To check and verify the connectivity between the router and the TFTP server, use the following command.

The following image shows the output of this command.

To download the new IOS image file from the TFTP Server into the Flash memory, use the following command.

Address or name of remote host: – Specify the IP Address of the TFTP Server.

Source filename: – Type the exact name of the IOS image file that you want to download from the root directory of the TFTP server.

Destination filename: – If you want to install this IOS image file with a different name, type the new name otherwise press the Enter key to use the default name. The default name is the source filename.

The following image shows this procedure step-by-step with the output. 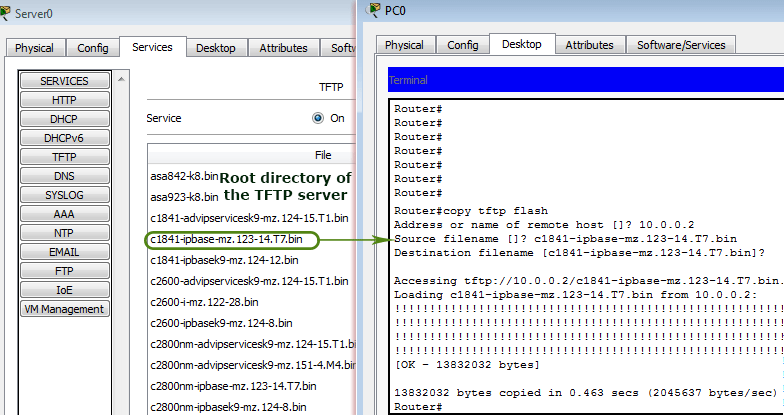 Once the downloading is finished, you can use the \’show flash\’ command again to verify the installation of the new IOS image file.

The following image shows the output of the show flash command.

If you are following this exercise on the packet tracer, use the second option.

To delete the old IOS image file, use the following command from the privileged-exec mode.

The following image shows this command with the output. 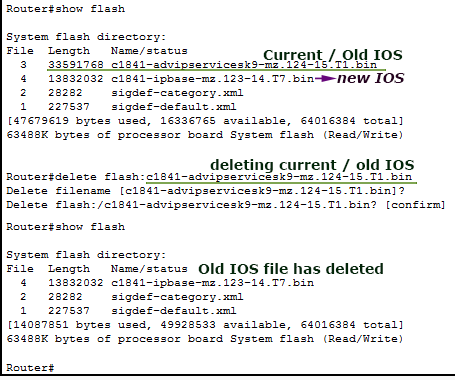 The following image shows this command with the output.

After the reboot, the router will use the new IOS image. You can verify this by using the \’show version\’ and \’show flash\’ commands again. 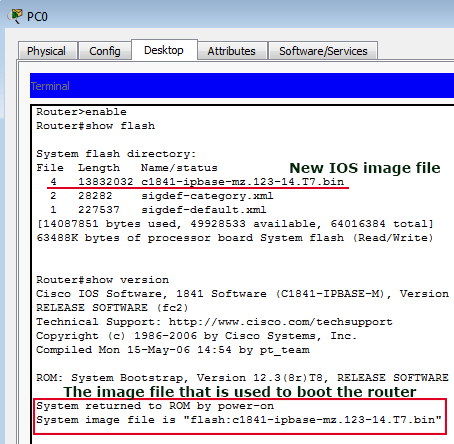 That\’s all for this part. In the next part of this tutorial, we will understand how to restore the Cisco IOS image file in an emergence. If you like this tutorial, please don\’t forget to share it with friends through your favorite social network.