This tutorial explains the concept of distance-vector routing in detail. Learn what a distance and a vector are and how they are used by the RIP routing protocol to learn and advertise network paths.

In the following section, we will not only understand the distance-vector routing concept in detail through an example but will also understand how the RIP routing protocol uses this concept to learn and select the best route for each subnet of the network.

This tutorial is the second part of the article \”How to configure RIP routing protocol explained with features and functions of the RIP protocol \”. The first part of this article is the following.

Let\’s understand this concept through an example. 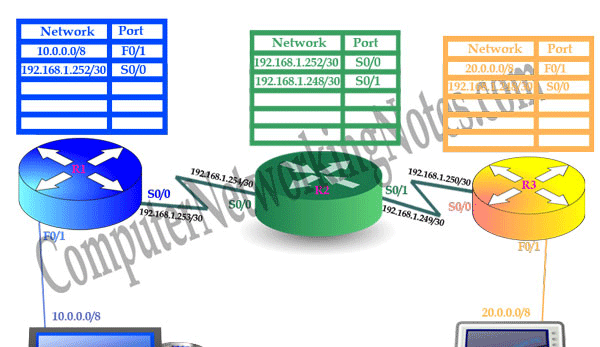 When we start this network, the routers only know the IP subnets that are available on their local interfaces.

After the booting process, routers share configured routes in the network through the broadcasts. These broadcasts are known as routing updates.

The following image shows this process.

The following image shows routers with their updated routing tables. 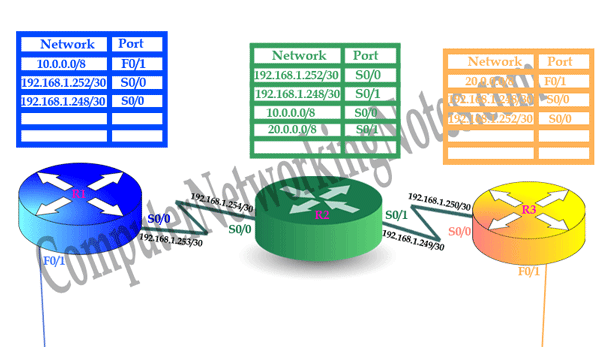 The following image shows routing tables of all routers after these routing updates. 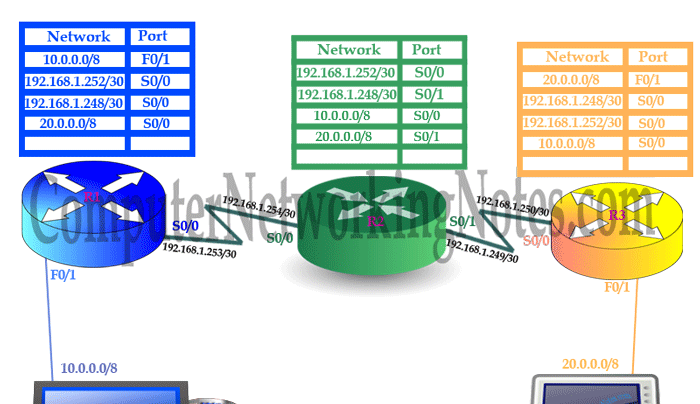 After 30 seconds, routers broadcast new routing information again. But this time, all routers know all routes of the network, so they will update nothing. This stage is known as convergence. The convergence is a term that refers to the time taken by all routers in understanding the current topology of the network.

The RIP protocol broadcasts successive routing updates even after achieving the phase of convergence. This helps the router to detect and adapt to any new changes that occur after the convergence.

Let\’s understand this concept through an example.

The following figure shows an example of a network running the RIP routing protocol. 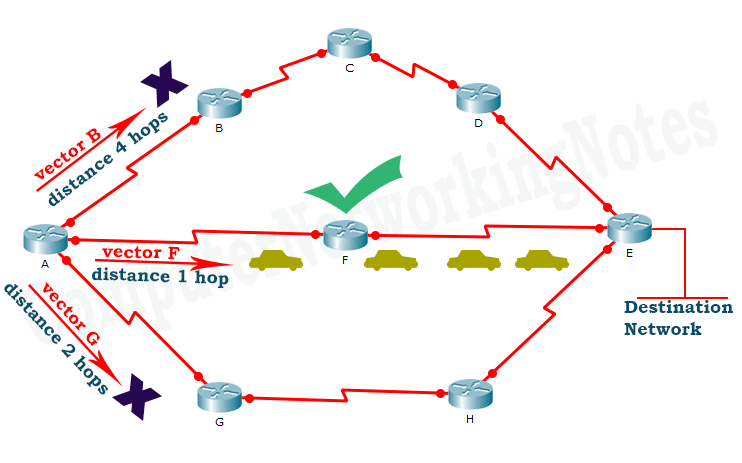 In this network, the router A has three routes to the destination network. These routes are the following.

Since the second route has the lowest hop count, router A uses this route to forward all packets of the destination network.

That\’s all for this part. In the next part of this tutorial, we will understand various timers and options that RIP uses to manage routing information. If you like this tutorial, please don\’t forget to share it with friends through your favorite social network.