Learn how to use the tar command in Linux with practical examples such as adding or updating files in
existing archive, removing and extracting a single file from the archive and preserving SELinux contexts in archiving process.

Create a new directory and create some files and few sub-directories with files in this directory. 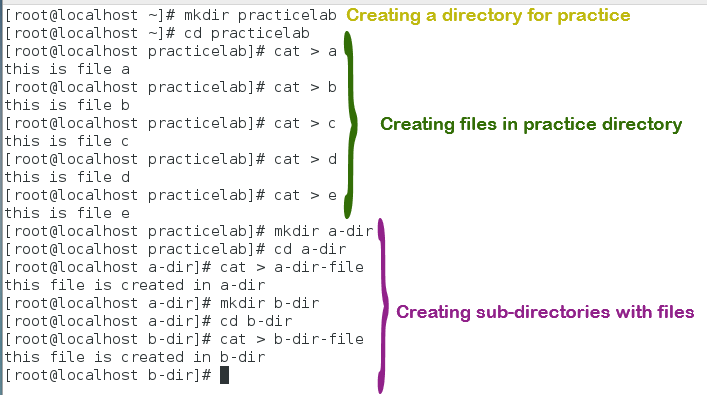 That’s all setup we need for the practice.

This tutorial is the last part of the article \”Compressing and archiving explained in Linux\”. This tutorial explains following RHCSA/RHCE topic.

Compress and Decompress Files in Linux with gzip and bzip2

This tutorial is the first part of the article. It explains how to compress and decompress files in Linux with gzip and bzip2.

This tutorial is the second part of the article. It explains basic usages of tar command with syntax and options.

To add an additional file in existing archive, use the options -rvf and specify the new file name as argument.
For example, following command adds the file c in the existing archive data.tar.

New file will be added in the end of the archive. 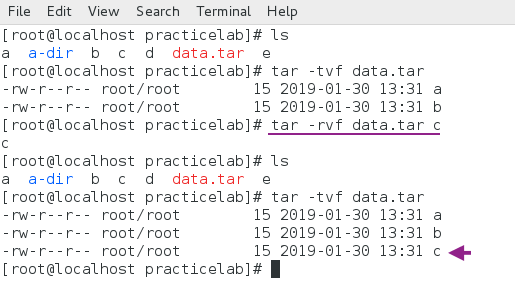 Removing or deleting files from an archive

To add only those files which are modified or created since the archive was created, use the option u.

To view how many incremental copies of a file are stored in an archive,
we can use option t. The option t lists the name of files and directories stored in the
archive. If a file is listed two or more times, it simply means that the file has been changed since the archive was created.

In extraction process, files are extracted in the same sequence in which they were added in the
archive. It means, original copy extracts first and incremental copies extract later in their respective sequence.

To understand this process practically, create an archive file from a directory which contains sub-directories
with files. Once archive is created, run update process immediately.

Since nothing has changed since the archive was created, update process adds nothing in archive.

List the contents of archive with options -tvf, to verify that updated file has added in the end of the archive.

Remove the original directory. It helps us in understanding how the extraction process works with an archive that contains incremental copies.

Now extract the archive and list the directory which contains modified file. It should contain only the updated version of the file. 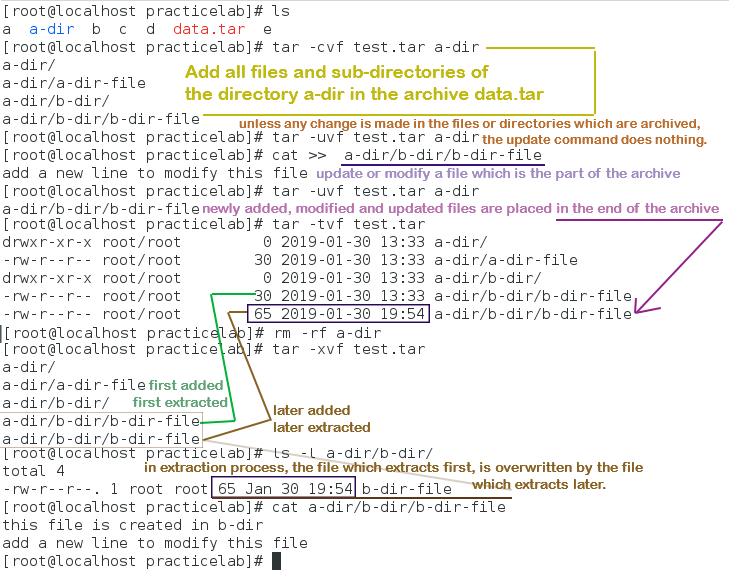 By default, the tar command doesn’t perform compression on archived files.
But if require, it can use the third party compression utility such as gzip and bzip2 to compress and decompress the archived file.

The gzip compress faster but provides low compression ratio. To create and compress the archive file with gzip utility,
use the option g with options cvf as cgvf and use the file extension .gz with the archive file name.

The bzip2 compress slower but provides high compression ratio.
To create and compress the archive file with bzip2 utility, use the option j with options cvf as cjvf and
use the file extension .bz2 with the archive file name.

Following commands create the archive home.tar from the /home directory without compression,
with gzip compression and with bzip2 compression.

To view the size of compressed archive file, once compression is done, use du command with the option h.

Once an archived file is compressed, advance operations such as append, update and individual delete can’t be performed with it. 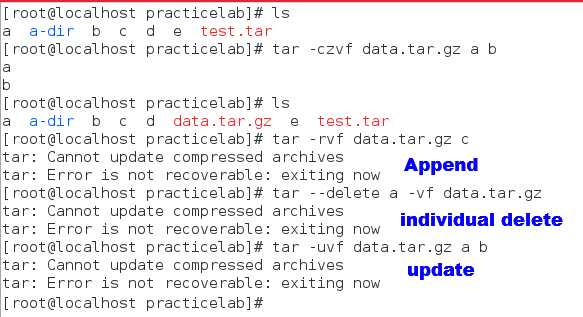 Alternatively, you can skip the compression related option (such as g and j)
and let the tar to automatically detect and use the correct compression utility to decompress the compressed archive.

For example to extract the compressed archive data.tar.gz, you can use any one command from following commands.

For example, following command will fail, as it instructs tar to use the bzip2
utility to decompress the archived file that is compressed with the gzip utility.

Let’s take an example, to understand how it works practically. 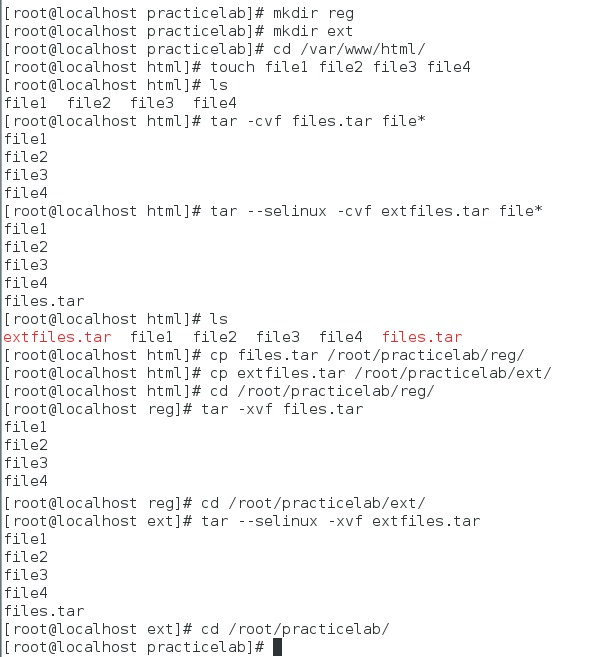 As we can see in above figure, an archive created and extracted with –selinux option preserves the SELinux contexts.

That’s all for this article. If you have any suggestion, feedback or comment about this article, let me know. If you like this article, please don’t forget to share it with friends through your favorite social network.